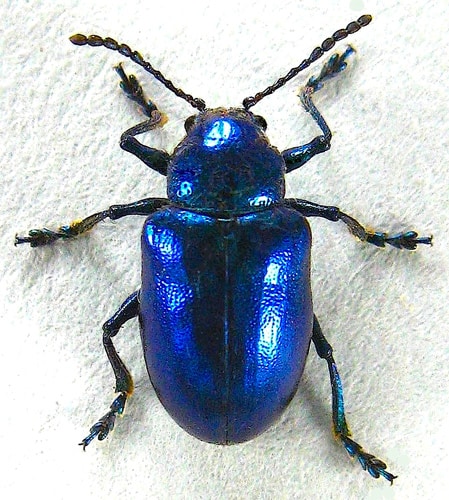 A few years back I was hiking in the woods near  the town of Westwood. As always I was hoping to find some new exotic bug and then coming around a large manzanita shrub there it was!  I had read about these beetle gems of the Western States but had never found one. I was not quite sure it was one of them, because it was not on its namesake host plant. After roaming around a bit within the open woods nearby I finally did find a patch of Narrow-leaf Milkweed plants; and there I found a few more of these metallic blue beauties.

The Cobalt Milkweed beetle, species Chrysochus cobaltinus, is just one of many species of Leaf Beetles, beetles whose larvae and adults feed on leaves of various plants. Cobalt Milkweed beetles feed on the leaves of milkweed; plants known to be poisonous to most animals. But like the Monarch Butterfly caterpillar, the Cobalt Milkweed beetle suffers no harm,  and the milkweed toxins within their bodies helps to provide protection for them from predators. The bright metallic blue color of the beetle’s exoskeleton perhaps reminds predators not to try eating these beetles a second time.  This beetle, also called the Cobalt Blue Beetle, is named after a compound of the element cobalt, which has been used by glass makers for centuries to color glass blue. The larva feed on both the flowers and the leaves of the milkweed plants in early spring, and often the leaf is left looking like a skeleton between the leaf veins. By summertime the larvae have become adults which remain active for about six weeks.

These beetles are small, being about one quarter inch long, and it takes a fair number of them to do the foliage of the milkweed plant serious harm. Milkweed plants are perennial and usually grow back from the hardy roots in spring time.

I have been growing milkweed plants from seed collected from wild plants, primarily for the benefit of Monarch caterpillars; but I would not mind these beautiful beetles dropping in for a bite or two. 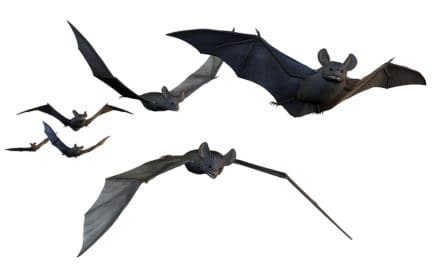 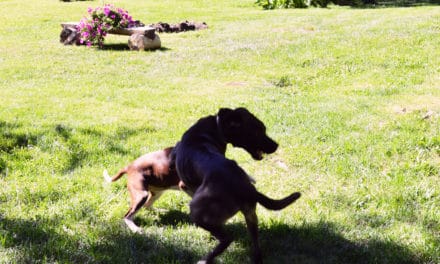 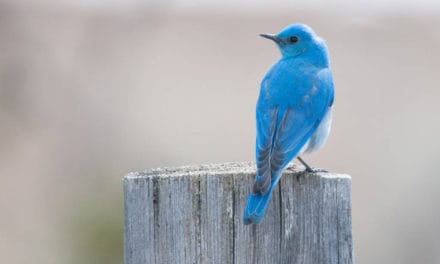 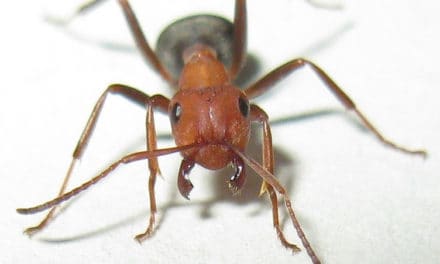 Mounds Of The Red Wood Ant