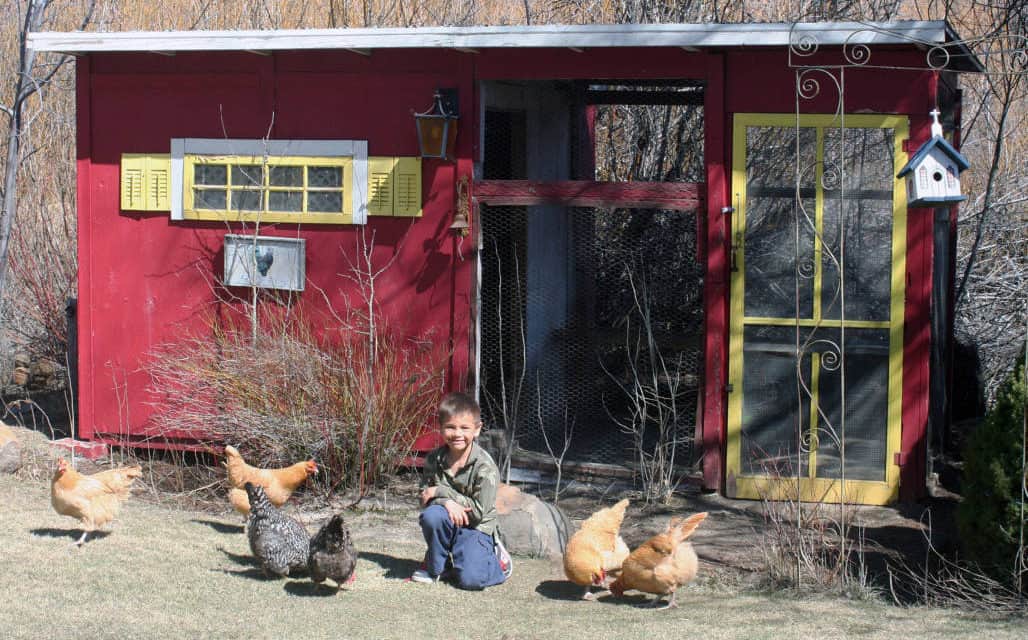 [/media-credit]On a recent sunny day after the snow had cleared and spring was at hand, Robert and Brittany Baehler decided that they wanted to build a chicken coop and load it up with baby chicks, just for the fun of it.

The Baehlers traveled to Green’s Feed in Reno with their three young daughters, eight-year-old twins Merilyn and Madison, and Reagan, 5, where they bought some feed and picked up some baby chicks. “They had a special, buy a sack of feed and get five Leghorn chicks for free,”Robert shares, explaining why they made the long trip to Reno from their hometown of Westwood. The chicks were less than two weeks old when they brought them home, but they grew quickly, they discovered.

Robert is learning as he goes, he says. But it’s something that he and Brittany wanted to do. “It just seemed fun to raise the chickens, thinking it would be fun for the kids, and of course for the free eggs.”

Robert keeps the growing birds inside a cage with a heating lamp nearby to keep them warm when the temperature drops. He occasionally allows them to wander a little in the house, he says.

“Meanwhile, I’m in the process of building a chicken coop in the backyard so it will be ready when they’re bigger and need a larger space.” When completed, the dimensions of the coop will be approximately 10 feet long by eight feet wide, and isn’t expected to take more than 12 hours to finish, he estimates.

Until the coop is complete, Robert lets the chirpers outside their cage when the days are warm enough, above 55 degrees. After two or three months they will have grown enough to live in the coop.

Robert didn’t need to do much design work, he says, starting from scratch he just “winged” it, keeping the coop simple and inexpensive by using scrap wood and recycling some wood pallets he collected over the years. “The pallets make good wall frames and a raised floor when covered in plywood … I also have some siding and I’ll buy a few pieces of two by fours to construct a roof. We’ll also place some chicken wire around the front section.” He expects his out-of-pocket costs to be minimal, under $100 at most.

Until it becomes a chicken coop, it’s a fort, and all three daughters like to play and climb around the work-in-progress structure along with a neighborhood friend, four-year-old Jack Graham. “It’s a fun project and my kids love to help out.”

Once the chicks mature, they’ll start laying eggs. No rooster is required, “they’ll still lay eggs, and they don’t get any more fresh than straight from the nest.”

Raising chickens provides an opportunity for Robert to teach his daughters something about reproduction, farm life, and responsibility. But mostly they’re for Merilyn, Madison, and Reagan to play with and watch grow.

Despite his daughters’ objections, Robert intends to make a meal of a couple of the chickens once they’ve fully grown and after laying many, many eggs.

“The chicks are easy to take care of,” explains Robert, “just keep the cage clean every day with new wood shavings and provide plenty of water.” The kids help out a little with the cleaning, but prefer to just play with the chirping birds, finding that the more they interact with the young chicks, the more they get used to humans and being handled.

Consider how your other household pets might react to your new hatchlings before buying them. They may turn the chicks into entrees or chew toys if they see an opportunity. The Baehlers have two dogs and a cat, but they show no interest in harassing the chicks–for the time being.

Westwood residents Tim and Emily Heffley have a total of 10 chickens, all approximately one year old, divided into three separate breeds; Buff Orpington, the most popular of all varieties, Easter Eggers, which lay different colored eggs, mostly green and blue with the occasional yellow or pinkish hue, and Plymouth Barred Rock.

The previous owners already built the chicken coop on the property before the Heffleys moved in two years ago. The coop measures 12 feet long by eight feet deep by eight feet high.

Water and food is made available at all times. “We feed the chickens all-natural layer feed pellets along with alfalfa,” Emily says. “They can also have leftover fruits and vegetables, as well as bread and cracked corn once in a while as a treat.” The family obtains anywhere from six to nine eggs every day during the wintertime, and 10 or more in the summer, she adds. Extra eggs can be given to or traded with neighbors, or donated. In some counties, selling your homegrown eggs is permitted, but first check your local ordinances to review the rules.

In addition to eating their normal diet, chickens are great bug eaters, gulping down ticks, mosquitos, worms, and flies, not to mention they’re prolific fertilizer machines for your vegetable garden!

The interior of the Heffleys’ coop is separated into two sections, Emily explains. “The right side of the coop is the roosting area where they sleep, and they nest in the left section of the coop,” which is divided by a wall with an open entryway. They like to be enclosed in any type of box when they lay their eggs, such as plastic crates or wooden boxes, filled with hay or straw. Wood chips also work well.

Emily says in order to keep the hens warm in the wintertime you can cook them oatmeal with warm milk, and it keeps their body temperature more comfortable, along with the use of heat lamps. They need at least 12 hours of light, whether sunlight or an artificial light source on a timer in order for them to produce eggs all winter long. Another timer is set to turn on the heat lamps in the early morning hours then shut off around sunrise.

Raised since they were chicks, the hens have imprinted the location of the house so they never stray too far away from the property whenever they wander outside the coop. “They’re free range, basically my front yard,” Emily says. “They roam around, cross the street or search for insects in the neighbor’s yards, but when I stand on the back deck and call them if I have something to eat, they all come running.”

Depending on the breed and the conditions that they’re kept, chickens live around 8-10 years. The older they get, of course, the fewer eggs they lay, but think of them as being loved members of the family.

What Are You Raising The Chicken or The Egg?

RICE – A TINY GRAIN WITH AN IMPRESSIVE IMPACT 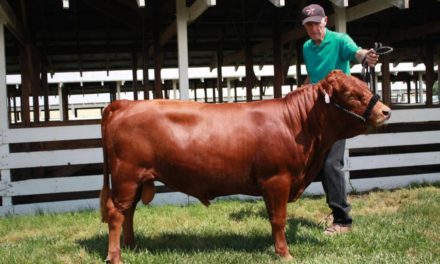 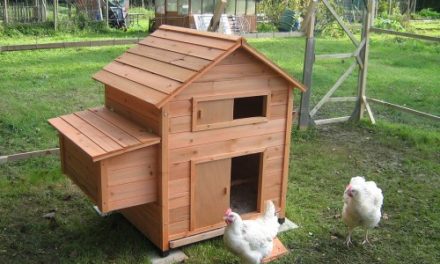 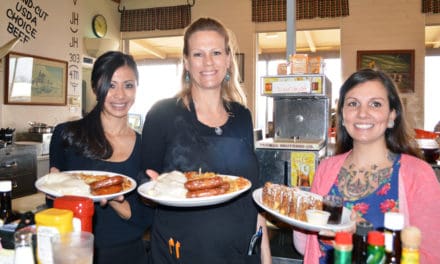 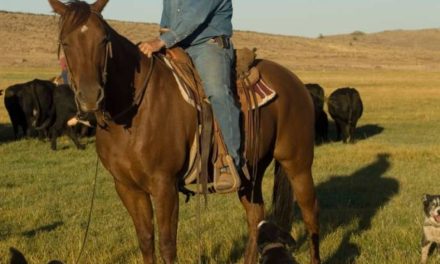