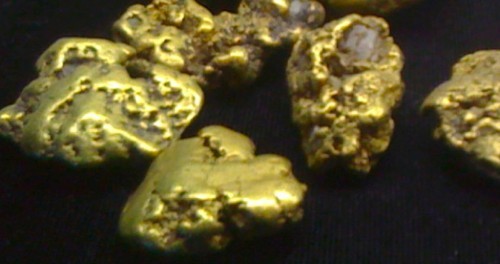 The year is 1851 and winter was fast approaching. Preston Jones was on his way to town to celebrate his 21st birthday. He had earned a day off his mining claim that he staked just two last year. The claim has been pretty good to him but the 47 ounces he recovered in the last four days was enough to celebrate just on its own. The money earned will easily buy new blankets and clothes, grub for a few more weeks, a hot bath and shave, and maybe a round at the saloon for his fellow creekside miners.

Historians and people that never bothered to put down their pen and follow their dreams are quick to say that the vast number 49ers went bust in the California gold fields. But this could not be farther from the truth. Many, many 49ers found enormous cashes of gold. Some like Preston Jones would sell their gold to the local assay office and buy more provisions to do it all over again. Part of that money would be invested in land or new equipment, or perhaps sent it back home to the folks on the farms. Many miners not only made their fortunes, but also provided assistance for many that were less fortunate.

In the early days of the California gold rush, miners were for the most part civil and responsible citizens. Hollywood likes to dramatize the wild, wild west, telling tales of woe, violence and drunken gun-shooting misfits. Without a doubt there were those incidences but everyday life of the typical California 49er was pretty tame.

Remember there was no official law and the miners had to develop fellowships and partnerships to do things that one single person could not. Every gold-bearing creek, stream and river had their own community, collections of communities grew into neighborhoods or boroughs, and these then grew into towns and some into cities. San Francisco was a small community of 200 people in 1946 and grew to a boomtown of about 36,000 by 1852. Quincy, Downieville, Nevada City, Auburn, Jackson, Sonora, just to name a few, all started as community meeting points or where trails branched off to the various upland goldfields. As more and more gold was found, these towns grew.

Prospecting in 1849-1850 was initially crude, consisting of picks, shovels and pans. The rocker box was a lame contraption that lost more gold than it recovered. In 1851, the long tom or sluice box was pioneered and miners reworked the tailings left behind by the “rocker boxers”, a quaint nickname for these early day miners.

As creeks dried up in the late summer months, miners would divert water from other creeks to sustain the flow in their creek. One fateful day in the summer of 1851 saw one of these diversions ditches breach, sending a cascade of water down slope. After repairing the breach, miners found nuggets in the gullies caused by the erosion. They noticed the water had cut down into high bench gravels that were also rich in gold. Ground sluicing or “hushing” was an easy way to erode the gold-bearing gravels and recover more gold.

Later and in 1853, the power of water was used in another way to not only wash down even more gravels, but also recover lots more gold. Not far from the town of Nevada (now called Nevada City), Edward Matteson used a canvas hose that received water from a higher elevation to form a powerful stream of water and when pointed at the auriferous gravel deposits, they would simply melt away. Elaborate sluice channels were carved in the bedrock to catch the gold before it left the claim. Still not very efficient in collecting the gold, the shear volume of material processed made this practice the preferred mining method. This was the first pass at large-scale placer mining, and it ended with dire consequences.

While the process known as hydraulic mining or “hydraulicking” was quite profitable for the miners that brought about large tax revenues for the state and supported numerous communities, riparian environments down stream were buried in sediment generated from these practices. With the drainages packed with sediment, devastating floods resulted, and many agricultural interests further down stream were wiped out year after year. The farmers had enough of this!

In the landmark 1884 case, Edwards Woodruff, a farmer in the Sacramento Valley, sued the North Bloomfield Mining and Gravel Company for damages to his farm that were allegedly caused by hydraulic mining operation up valley. The topic was hotly contested from both sides and the case finally made its way to the United States District Court in San Francisco where Judge Lorenzo Sawyer decided in favor of the famers, declaring the hydraulic mining was “a public and private nuisance”. The Sawyer Decision, as it is now referred to, immediately banned all hydraulic mining.

What few people know is that the miners prevailed nine years later when the United States Congress passed the 1893 Camminetti Act that said the hydraulic mining can persist if sediment retention structures could hold back the majority of the sediment. However and by the time this law was passed, most of the hydraulic mining operations were dismantled or scavenged and very few mines ever attempted this practice again. It is actually legal to hydraulic mine today, but new environment laws make it unlikely a permit would ever be granted to do so.

Miners used hydraulicking because it was a cheap and easy way to process more material and recover more gold. Today and with the advent of bulldozers, excavators, haul trucks and modern wash plants, miners are revisiting these very rich high bench or Tertiary gravel deposits with amazing success. Current mining laws provide ample safety nets for both the environment and the people down stream. To a positive end, the abandoned hydraulic mine sites that were left in such degraded states are now being reclaimed by the miners using the profits made from the gold still within these gravels.

Gold mining is not a new thing. It is something within our blood – something that we feel is right. Today’s miners are smarter than every before. They have better tools to recover the precious metal and the wisdom to work with Mother Nature. Today’s miners are responsible citizens and reclamation is part of their mining process.

It is a thrill to find your first gold speck, flake or nugget. Once you do, you will be hooked forever. It is fun for the whole family and who knows, maybe, just maybe, if you are a wee bit lucky… you too will jump for joy, click your heels, and shout “Eureka! I found it!”

Advanced Geologic is a purveyor of high quality placer and lode mining claims. They also provide superior mining and geologic advice and can assist you with your mining permits. The gold rush is on! Contact them and claim your fortune! 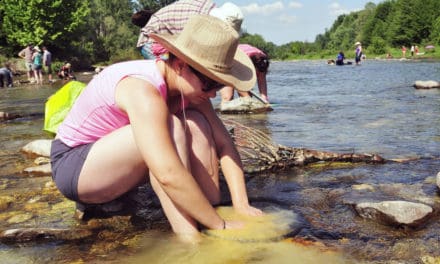 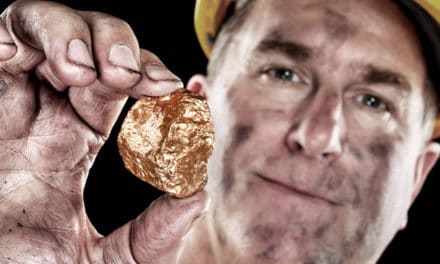 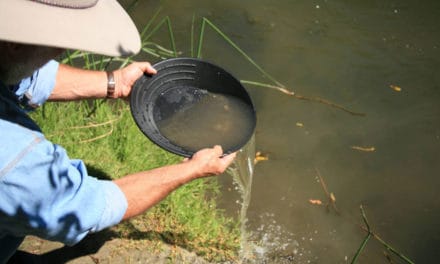