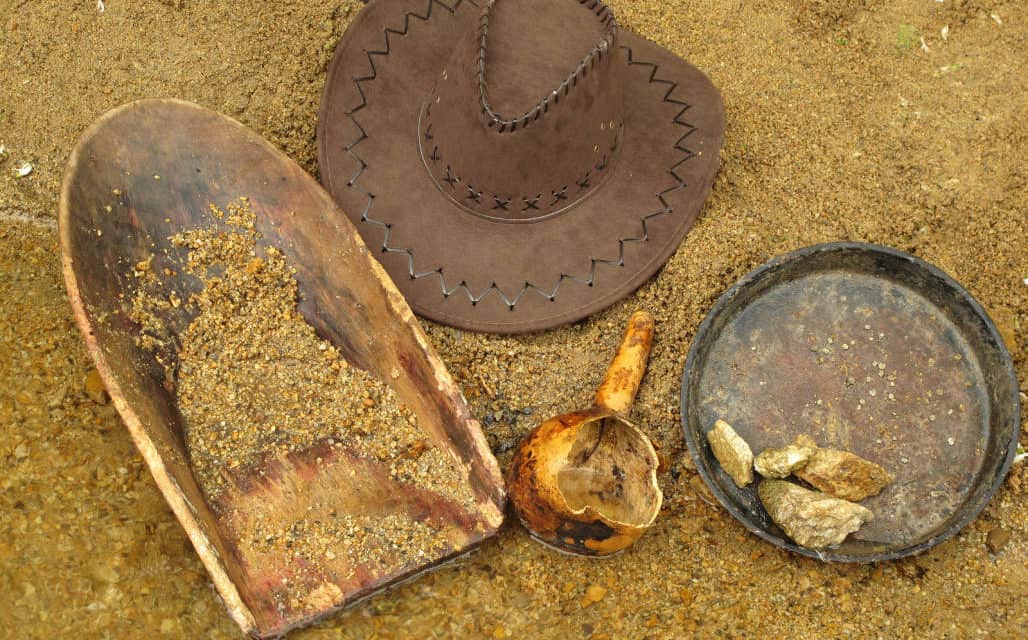 [/media-credit] Blam! Blam! Blam! The tree branch above the stream exploded sending a shower of bark on top of a man bent over the water’s edge. The man dropped his gold pan and began to run, briefly glancing over his shoulder only to see the person leveling his gun again. Blam! Blam! Ting! A 44 caliber bullet whizzed by the man and hit the rock outcrop in front of him, causing a wisp of rock dust to rise and rock fragments to be thrown into the man’s path. “Get off my claim,” shouted the man with the gun. “Darn claim jumper! I’ll get ya next time!”

This was not only Hollywood’s depiction of the wild, wild west gold fields but actually the actions have some roots in mining law and how miners were required to defend their mineral rights.

The governance of mineral rights in the modern world has some strange beginnings. It started out in Europe and the New World (Americas) as first being a functionary right of royalty patrimony. The reasons were simple: precious metals were used for legal tender, they were used to adorned the ruling class, and they were used to equip the armies and fight wars. The rules for mineral exploration and mining were thus tightly controlled by the sovereign classes – they owned the land, all the minerals contained therein, and the people that worked them. With the gaining of independence from England in 1776, the minerals in the United State and its frontiers now belonged to the federal government, which in an ideal sense and seemingly forgotten today, belonged to the American people. As the wave of prospectors headed westward to seek their fortunes in the California gold fields, something had to be done to solidify the rights of the individual who discovered the minerals.

In a broad sweeping move on July 25, 1848, Richard B. Mason of the Colonel 2nd Dragoons and Military Governor of California commanded, “Gold may be dug on government land without charge or hindrance.” This was an official command that was rather stunning considering the peace treaty between the United States and Mexico was signed on February 2, 1848, just six months earlier, which immediately nullified all the mining rights of Mexican miners who were already mining the rich Mother Lode of California. Needless to say, the U.S. citizens gladly took over their operations.

At the time, the United States had no official mining law and, in fact, considered all mining as temporary land holdings because once the minerals ran out, the land was not valuable. It was believed that this temporary usage of the land was inconsequential to the bigger picture. No permits were required and Congress thought the that advancement of mining increased commerce, which was considered the most important thing of the time. If you found it, it was yours! But the land belonged to the federal government.

After considerable wealth had been realized from the California Mother Lode and a number of legal entanglements had ensued because of no official governance, Congress passed the controversial 1866 Mining Act. Remember, this was in the heat of the Civil War era and nobody was getting along very well. Politics and political favors tainted the document and almost as soon as it was stamped into the Federal Register, new Congressional committees sprung up to make a better document (and to cut out all the junk).

After much Congressional wrangling and input from the Department of Treasury, the U.S. Patent Office, the Commissioner of Mineral Statistic, and a myriad of other agencies and experts, the famous 1872 Mining Act was signed into law on May 10 of that year. It is the backbone to mining law today, however, many parts of the 1866 law can be found within its internal passages.

It was not a perfect document by any standard and almost immediately, amendments were added and changes were made. Some sweeping changes were made in 1973 and 1993, and today’s Congress wants further sweeping changes. It has been almost like a law in progress, and in fact, there is a passage that says that the claimant is required to keep informed of any changes to the law and act accordingly to protect their claim.

The foundation of the 1872 Mining Act is brilliant, however. Among the numerous provisions in the Act was that it allowed for a United States citizen to claim the mineral rights as long as “valuable minerals” were found. This established a quantitative basis for validating a mining claim and the rights to the minerals therein. The law went on to provide specific boundary limits for both a lode (i.e. quartz veins, etc.) and a placer (gravel) claim, and mandated that the claimant must perform assessment work each year to improve the claim. Although the assessment performance cost has risen since then, the annual filings of these documents is still an integral part of keeping today’s mining claims valid.

Buried deeply within the 1872 Mining Act is a phrase that extends back to its 1866 roots of law and the wild, wild west years. The law states that the claim owner must “aggressively deter” would be competitive claimants from taking his minerals. There is actually a provision whereby if the claim owner does not “aggressively defend” his mineral rights that a competitive claimant can take these claim rights away. Part of this process is called “pedis possessio” or possession under foot – therefore and by law, you must show an active interest in mining the claim and have a continued defense to those mineral rights! The government wanted claimants to work their claims and this provision was added to deter squatters on the land.

Well, Hollywood in all is infinite glory and romantic splendor has once again taken a little known passage and blown it out of proportion. Numerous old movies have shown the claimant slowly easing the shotgun out the crack in the door and blasting any person setting foot on his claim. Marvelous gunfights were staged and crafted feuds erupted over the rich mineral rights. Remember Clint Eastwood in “Pale Rider” (1985) protecting the humble prospector from a greedy mining company?

While Hollywood was probably not too far off from the truth, readers should be aware that it is still legal to shoot claim jumpers in Arizona. California merely legislates away one’s mineral rights without thought of the miner or federal law that grants them the right to mine.

The 1872 Mining Act is an exceptional body of law that has been copied, in part, by numerous countries all over the world. Hopefully wiser heads will prevail when new amendments are legislated to assist claimants to mine the minerals of this great country, and hopefully aggressive behaviors will not be required to protect one’s mineral rights in the future.

Gold mining is not a new thing. It is something within our blood – something that we feel is right. Today’s miners are smarter than every before. They have better tools to recover the precious metal and the wisdom to work with Mother Nature. Today’s miners are responsible citizens and reclamation is part of their mining process. It is a thrill to find your first gold speck, flake or nugget. Once you do, you will be hooked forever. It is fun for the whole family and who knows, maybe, just maybe, if you are a wee bit lucky… you too will jump for joy, click your heels, and shout “Eureka! I found it!” 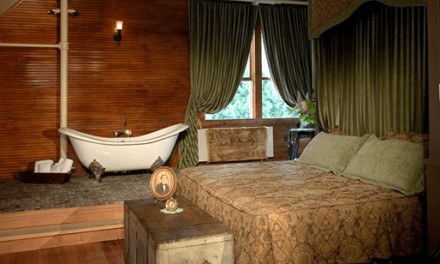 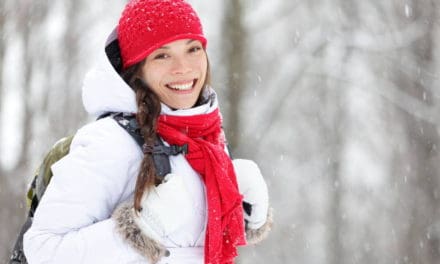 Layer it! Dressing Warm for the Cold Outdoors 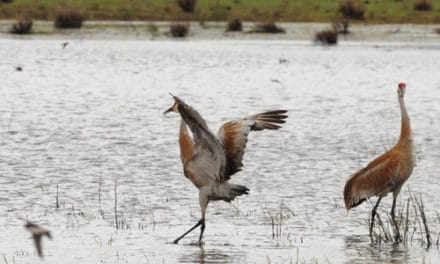