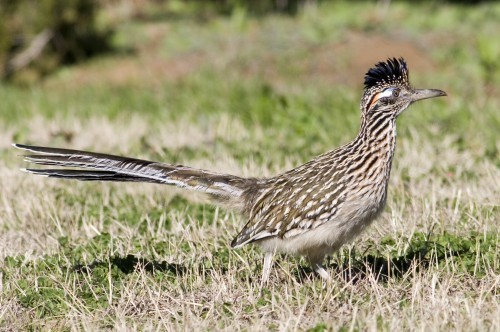 [/media-credit]Late in November while traveling along scenic hwy 36  near Paynes Creek I was blessed to spot an eccentric Greater Roadrunner. As the name implies it was running beside the road, and boy was he speeding along. Reaching speeds up to 17 miles per hour makes the greater roadrunner content to spend most of his time on the ground. These odd members of the cuckoo family can fly  in short bursts when necessary but prefer to walk or run away when threatened.

The one I saw seemed to be running just for the joy of it. He was quite a colorful fellow as are both sexes of the greater roadrunner. The head, neck, back, and wings of our feathered friend are dark brown-black and heavily streaked with white, while the breast is mostly white. The eyes are bright yellow and surrounded by a streak of bare blue and red skin. A particularly comical feature is the head crest of black feathers,  like a Mohawk, which is raised or lowered at will. Overall, the body has a streamlined appearance, with a long tail that is often carried at an upward angle. The legs and beak are blue. The feet are zygodactylous, with two toes pointed forward and two toes pointed backward.

When the weather is cool greater roadrunners like to sunbathe with their back to the sun, fluffing out their back feathers to expose the black skin beneath that acts as a solar panel. Nothing typical about these silly birds. No wonder the greater roadrunner became a cartoon star. Beep Beep. 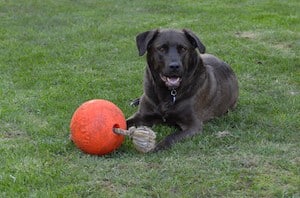 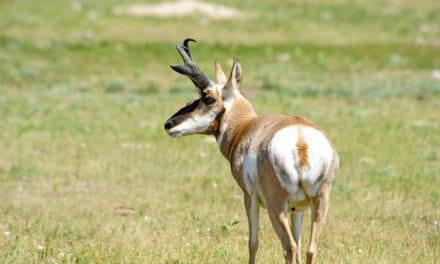 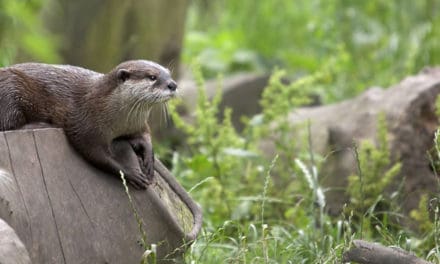 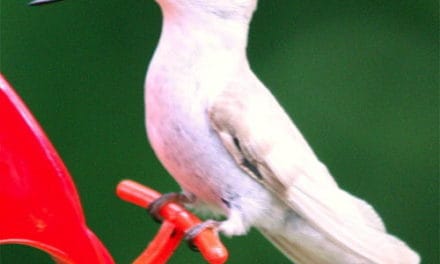