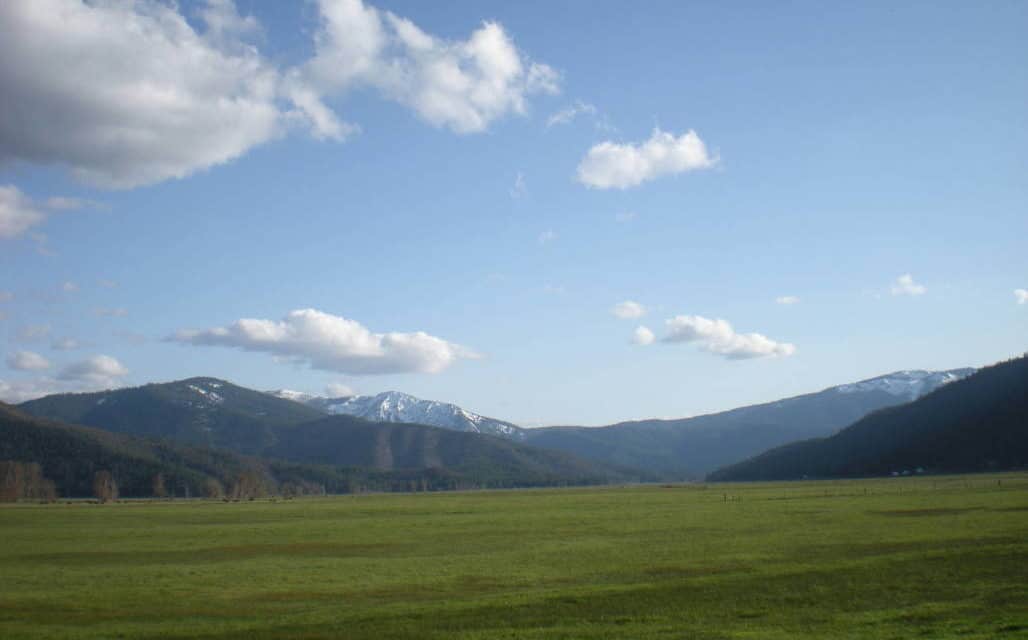 Late in April on a beautiful Sierra spring day the sunshine beckoned, “Come and play”, so we decided to take a drive through the lush mountain meadows of Indian Valley. Because of a late start, I called Bink Huddleston, owner of the Hideaway Motel in Greenville, about a room for the night.  I knew the passing afternoon would never last long enough to meander our way through this pristine area in search of nature’s subtle treasures.

Winding our way along the East Shore, Lake Almanor appeared smooth as glass, like a mirror someone had left lying in the bowl between the shores.   Several gray squirrels played chase among the shoreline pines and the shaggy deer, shedding their thick winter coats, grazed on the new sprouting grass in the yards of the lakeside homes. An osprey glided above the shining water, soundless in the clear blue sky, fishing for his breakfast.

When we came to the stop sign at Canyon Dam to turn onto Hwy 89 toward Greenville, a flock of red headed turkey vultures were standing at the corner as if waiting for a bus, warming themselves in the midday sun. We sat watching the odd bald birds until traffic nudged us on our way down the shady canyon.  Even though it was cool, I left my window down enjoying the springtime scents of pine and water on the breeze.

Arriving at the Hideaway Motel around 3 o’clock we found Mr. Huddleston running the leaf  blower down the sidewalk. The Hideaway may not be a young motel but Bink keeps the rooms and grounds clean as a whistle.  The dated decor is part of the charm at the Hideaway Motel. Even the light switch in our #4 room was true to the era of the 40’s and 50’s; very vintage! The secret to the serenity of the Hideaway Motel  is location, location, location. This nostalgic and economical getaway (just $80 per night for 2 people in single queen room)  is nestled in the woods at 761 Hideaway Road just off Hwy 89. Although within the city limits of Greenville, the quiet forested surroundings and lack of nearby neighbors give it the feeling of solitude needed to contact nature. There are only 13 rooms at the Hideaway, each sleeping just two, so crowds are never a concern. This is a great pick for a couple’s retreat; plenty of privacy. A community patio with BBQ grill and umbrella covered tables give the choice of slipping off alone or gathering together; no worries at the Hideaway Motel. Three of the rooms have full kitchens and sliding glass doors that open onto the cozy patio and these rooms are a steal at $95 per night for two. A 10% discount is given on all rooms for single occupancy.

We sat soaking up the sun, visiting with Bink and watching a handful of red breasted robins hunt for worms on the thick, green courtyard lawn before  dragging our things into the room. Then we were off to check out Round Valley Lake just a few miles up the winding road.  Sitting atop the mountain and dotted with aged and burnt tree trunks towering out of the crystal clear water, Round Valley Lake reminded me of the mystical places visited by noble knights on secret quests in the enchanted tales of childhood.

Due to the fact that this little lake is a local water source, no wading or swimming is allowed. But, what a beautiful place to spend an afternoon Blue Gill fishing or picnicking. The bank is lined with picnic tables, and restrooms are also available at this day-use only recreation area. I could easily spend a quiet day reading in the shade, while an artist would truly enjoy the stunning nature-scapes.

Round Valley Lake is also home to the 28th annual Round Valley Run/Walk that will take place Saturday, August 1st, 2010. The course runs around the lake.  Learn more about this scenic workout at roundvalleyrun.com.

We wandered the shores  until the sun sank low on the horizon and the sky turned pink and orange. In five short minutes we were pulling back into the inviting driveway of the Hideaway Motel softly lit by two, five globe lamp posts and diligently guarded by the graceful white dog statue on the hill beneath the trees.

I made a pot of complimentary coffee in the mini coffee pot  while warming some apple pie we picked up at the local market, in the microwave. We were set.  There was no phone in the room so we watched a movie on HBO, uninterrupted, on the little television atop the pretty mirrored chest of drawers in our cozy, quiet hideaway. After the movie,  snuggled in between the the crisp white sheets and under new fluffy blankets and a heavy white spread, crickets sang  me to sleep .  I woke up in the morning to the cheerful sound of birdsong and had my first cup of coffee in a patio chair. I watched a pair of robins chase a blue jay and a very irritated chattering squirrel from the courtyard tree this pair had  claimed as their own. Too funny. Two bright, colorful roosters and a black and white speckled hen pecked around the flowerbed next to the office steps, lifting their heads only to watch with me as the morning train rumbled by on its way down the tracks across the street. Bink Huddleston says the train comes by four or five times a day and he welcomes railroad buffs to visit the Hideaway Motel.  One more cup of coffee with the morning news and we were off to cruise through Indian Valley.

The sun was climbing high in the bright blue sky by the time we made our way along North Valley Road from Main St. in Greenville. The sprawling meadows were gold and green and marshy wet with waters of the Sierra spring thaw. Several mating pairs of Mallard ducks waddled about quacking, trying to divert all attention away from their newly filled nests. The dark green heads of the male Mallards caught the sun like Christmas decorations on display; just breathtaking.

The mix of heavy forest and open meadows in the Indian Valley area makes for exceptional wildlife viewing. While ducks were plentiful and out in the open, it was in the trees that I spotted an enormous wild turkey hen. I had stepped out of the car to stretch my legs and have a look at the map that was given to me by the charming lady working at the Taylorsville Store, when I caught a bit of movement off in the trees. Standing very still and peering into the trees I saw her, beautiful and in a hurry to get away, what a lucky sighting. Sunny daffodils were blooming in patches and Light’s Creek was bubbling alongside. A herd of thirty or more deer grazed happily behind a high fence with an American flag on each post. It’s good to live in these impressive mountains. We slowly made our way back to Hwy 89 and started back toward Lake Almanor and our Westwood home. I take this drive several times a year and never tire of it. I hope some of you will come stay with Bink at the Hideaway Motel and explore the wild in Indian Valley. Call 530-284-7915 to reserve your room. 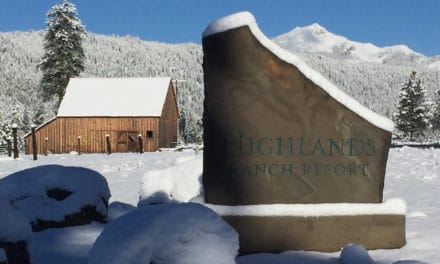 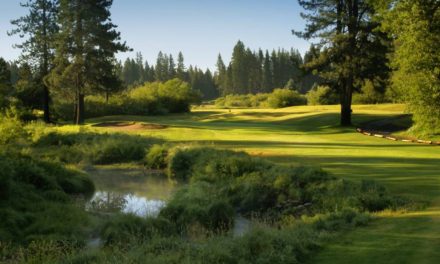 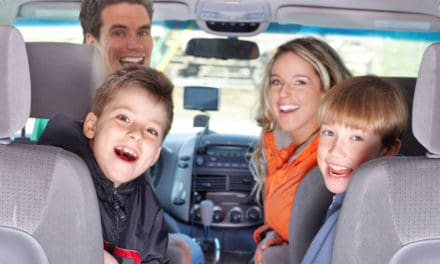 Are We There Yet?

Fiesta in Truckee at Casa Baeza