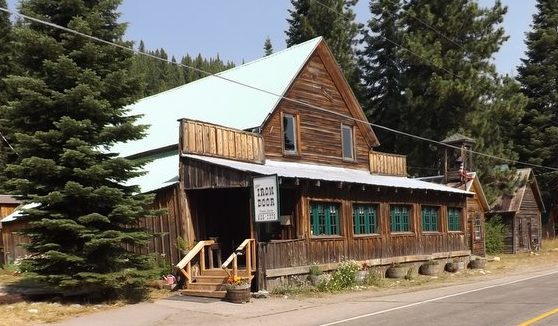 Dining at the Iron Door
By Jan Cox

Nestled on the side of a mountain above Graeagle, you will find the small town of Johnsville, founded in 1876. Located next to Plumas Eureka State Park and below the 7447 ft. Eureka Peak, this quiet town has only one commercial establishment called the Iron Door. It was first opened as a restaurant in 1961. The present owners, Bonnie and Chris David took over this restaurant in May, 2005 as the fifth owner in 48 years. My husband and I heard about the Iron Door when we moved to the Sierra in 1975 and have since made sure that we go there for a dinner date at least once each summer. It is a beautiful drive from wherever you are located.

Part of the joy of eating in this establishment is the history of the area. The building itself is 104 years old and was originally a general store and connected post office for the mining town of Johnsville. At the outskirts of town, you can stop and roam around the state park display which informs visitors about the gold mining that has taken place here.

When we arrived, we met with the owner Bonnie David, who with her husband Chris, and son, Bill, also own and operate Gumba’s in Blairsden and the Frosty in Graeagle. We were shown around the restaurant with its beautiful wooden floors and bar. On the walls are many black and white photos of the buildings and people from days past. One of these photos is of a young girl named Macel Moriarty who died of rheumatic fever at the age of ten, when this was a general store.

Her gentle ghost then came to reside in the upstairs section of this building. When different owners tried to remove her photo, strange things happened in the restaurant. So whether you believe in ghosts or not, you may enjoy hearing some of the ghost stories that are so familiar to those who live or work in Johnsville.

This restaurant has a bar, an indoor dining room with lots of nooks and crannies for comfortable dining, and a brightly lit, closed in porch with many windows. We chose to remain inside and watch as Bonnie greeted all the guests who arrived, happy to be back after the winter break.

Our skilled waitress, Sandy Achter has worked with four of the five owners. Tonight she first brought us a scrumptious Creamy Spinach—Artichoke dip. Served with crispy baguettes for dipping, it was the perfect start to a wonderful meal at $9.95 and would easily serve 4 people. This was followed by a cup of delicious homemade soup of the day, my favorite–clam chowder. Next I was served a fresh salad with a delicious creamy cucumber/dill dressing while my husband had his favorite, bleu cheese. For the entrée, I picked one of the popular dishes of many at the Iron Door. Jaeger Schnitzel includes two breaded veal cutlets in an herbed mushroom sherry sauce accompanied by red cabbage, and mashed potatoes for $26.95. Another fa

vorite dish is their Pepper Steak Diablo which is described as a tender filet studded with crushed black peppercorns and mushrooms smothered with a brandy-crème sauce for $31.95. The menu includes these specialties plus steak, seafood, chicken, pasta and nightly chef specials.

For dessert lovers, Chef Chris Simone creates Crème Brule, warm apple crisp, a mud pie big enough to split with a group or their signature Johnsville Special—vanilla ice-cream with crème de menthe and a touch of OVALTINE and whipped cream. That has been our favorite over the years.

The Iron Door opens daily at 5:00 p.m. for dinner and is closed on Tuesdays. The snowy season dictates the restaurant’s opening and closing dates. This year, their season runs from May 7 through October 25 (the last Sunday in October). Each season ends with a fabulous closing night Halloween costume party. To get there follow Highway 89 from Quincy or Hwy 70 from Portola to the junction of 70 and 89 toward Graeagle. Turn on A-14 and go 5 miles up the mountain toward Plumas Eureka State Park. Then turn right into Johnsville. Reservations are recommended. Check them out on Facebook.  https://www.facebook.com/Iron-Door-131230297019930/ 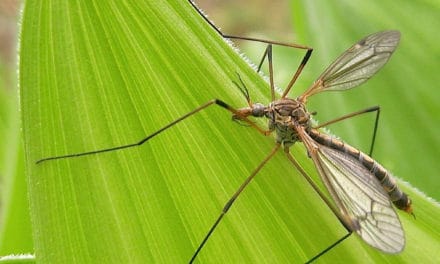